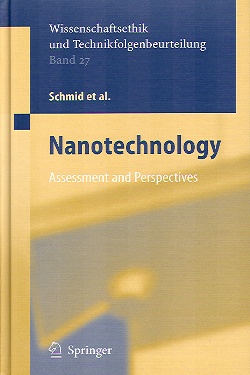 Professor Dr. Harald Brune
received his diploma in Physics at Ludwig Maximilians University in Munich in 1989 and his PhD in Physical Chemistry under the guidance of Profs. G. Ertl and R. J. Behm at the Fritz-Haber Institute of the Max-Planck Society in Berlin in 1992. He joined the group of Prof. K. Kern as Post Doctoral Fellow at Swiss Federal Institute of Technology in Lausanne (EPFL). After a brief stay with Prof. J. Norskov at Danish Technical University in Lyngby/Copenhagen, he returned to EPFL, where he received the Latsis Award 1996 for his studies on the epitaxial growth of thin films and on the self-assembly of nanostructures at surfaces. In 1998 he got his venia legendi and was nominated Reader in Nanophysics. After having received an offer for a chair (C4) at the Philipps University of Marburg, EPFL nominated him in 1999 Associate Professor and appointed him Full Professor in 2005. His research focuses on the physical properties (magnetism, electronic structure) of new forms of condensed matter, such as nanostructures and ultrathin films at surfaces. He is equally interested in the heterogeneous catalysis of systems inspired in their composition by the active sites of biological enzymes.

Professor Dr. Holger Ernst
Professor of business administration, particularly for technology and innovation management, director of the Center for Entrepreneurship and director of the Biopharma Management Center (BMC) at the WHU - Otto Beisheim Graduate School of Management, Vallendar, Germany. He studied business administration at the University of Kiel, Germany and the University of Illinois at Urbana-Champaign, U.S.A. He received a degree in business administration (1992) and his Ph.D. (1996) from the University of Kiel. His main research interests lie in the fields of technology and innovation management, Intellectual Property management, new product development, entrepreneurship and e-business. He has published articles in leading US journals in this field such as Journal of Engineering and Technology Management and IEEE Transactianson Engineering Management and European journals such as International Journal of Management Reviews, Research Policy, R&D Management, Technovation, Zeitschrift für Betriebswirtschaft and Zeitschrift für betriebswirtschaftliche Forschung. He consults a variety of private and public organizations in the area of technology, patent and innovation management. He teaches regularly in the WHU executive programs.

Dr. Werner Grünwald
studied Physics at the universities Munich and Stuttgart. 1968 diploma, 1973 dissertation on "Determination of the Nitrogen content in extremely purified Niobium by hot extraction in Ultra High Vacuum". Joined Corporate R&D in Robert Bosch Company in 1973, active as project leader in different fields. 1980 Head of Thick Film Technology Group with focus on the development of exhaust gas sensors and processes and methods for the production of electronic circuits. Since 1982 until 2004, concerned with technology monitoring as Senior Consultant in the staff of Corporate R&D.

Professor Dr. Armin Grunwald
studied physics at the universities Münster and Cologne, 1984 diploma, 1987 dissertation on thermal transport processes in semiconductors at Cologne university, 1987-1991 software engineering and systems specialist, studies of mathematics and philosophy at Cologne university, 1992 graduate (Staatsexamen), 1991-1995 scientist at the DLR (German Aerospace Center) in the field of technology assessment, 1996 vice director of the European Academy Bad Neuenahr-Ahrweiler, 1998 habilitation at the faculty of social sciences and philosophy at Marburg university with a study on culturalist planning theory. Since October 1999 director of the Institute for Technology Assessment and systems analysis (ITAS) at the research center Karlsruhe and professor at the university of Freiburg. Since 2002 also director of the Office of Technology Assessment at the German Bundestag (TAB). Since 2003, in addition, speaker of the Helmholtz program "Sustainable Development and Technology". Working areas: theory and methodology of technology assessment, ethics of technology, philosophy of science, approaches to sustainable development.

Professor Dr.-Ing. Heinrich Hofmann
graduated as engineer in foundry technology at Duisburg (D) and engineer in Materials Science at the Technical University at Berlin, he got his PhD in Material Science with a thesis prepared at the Powder Metallurgy Laboratory at the MPI in Stuttgart in the materials science area. From 1983 until 1985 he worked as senior scientist at the Powder Metallurgy Laboratory, at the Max-Planck- Institute Metal Science in Stuttgart. In 1985 he begins as senior researcher and later as leader of inorganic materials research at the R&D center of Alusuisse-Lonza Services AG, at Neuhausen-am-Rheinfall. In 1993 he joins the EPFL (Swiss Federal Institute of Technology) as extraordinary Professor and Director of the Powder Technology Laboratory (LTP) at the Department of Materials science and engineering. His research area includes synthesis of inorganic powders, their characterization and surface modification, as well as processing and sintering. He is mainly concerned with the synthesis of nanostructured materials based on nanoparticles and the modification of surfaces with nanoparticles using colloidal methods. The fields of application of such materials are medical and biological, (drug delivery, hyperthermia, cell separation, biosensors), electronics and sensors.

Professor Dr. Peter Janich
studied physics, philosophy, psychology and electrotechnology in Erlangen and Hamburg. He finished his PhD in philosophy in 1969, spent the following academic year as lecturer in philosophy at the University of Texas in Austin, became assistant of Paul Lorenzen at the University of Erlangen and moved to Konstanz where he got the position of "Wissenschaftlicher Rat" 1971 and a professorship for philosophy of science in 1973. He was dean of the philosophical faculty and vice president responsible for the first constitution of the university. In 1980 he followed a call to the chair for philosophy at the Philipps University of Marburg. He wrote or edited numerous books and about 200 scientific articles. In addition, he is member of the Wissenschaftliche Gesellschaft at the University of Frankfurt, of the European Academy London and of the editorial board of philosophical journals.

Professor Dr. Harald F. Krug
studied biology and chemistry in Kassel. 1977 first state examination, 1982 dissertation on regulation of circadian rhythmicity of protein synthesis in rat liver at the university of Göttingen. 1983 - 1986 Postdoc fellow at the GSF Forschungszentrum München. In 1986 he moved to the Forschungszentrum Karlsruhe where he finished his habilitation at the university of Karlsruhe in 1996 on toxicity of organometal compounds. Since 1996 he is head of the Department of Molecular and Environmental Toxicology in the Institute of Toxicology and Genetics at the Forschungszentrum Karlsruhe. 1999 he is appointed as project manager within the research funding program of Baden-Württemberg BWPLUS, since 2001 he is Speaker of the Study Group "Biochemical Pharmacology and Toxicology" of the GBM (Gesellschaft für Biochemie und Molekularbiologie) and since 2002 he is academic member of the DECHEMA Working Group "Responsible Production and Use of Nanomaterials". In 2004 he is appointed as extraordinary Professor at the University of Karlsruhe. Recently he has become a member of the standardisation expert group of DKE/DIN for nanotechnology in medicine, cosmetics and toxicology as well as a "nano-ambassador" for communicating nanotechnology and its products in the public established by the VCI.

The main interest of his current research are the possible health effects of metals and metal compounds, polybrominated hydrocarbons and ultrafine particles/nanomaterials. Furthermore, the establishment of new in vitro cell models for screening of toxic effects is one of the principle tasks.

Dr.-Ing. Wolfgang Rathgeber
studied Electrical Engineering at the universities of Erlangen, Campinas (Brazil) and Valencia (Spain). He holds a Doctorate Degree from the Universität Karlsruhe. From 1999 to 2003, he was a doctorate student at the Institute of Radio Frequency Engineering and Radar Systems of the German Aerospace Center (DLR) in Oberpfaffenhofen. From 2003 to 2005, he was a member of the scientific staff of the Europäische Akademie, managing the project "Nano materialien, Nanodevices, Nanocomputing. Standortbestimmung und Perspektiven". Since 2005, he has been research fellow at the European Space Policy Institute (ESPI) in Vienna, Austria.

Professor Dr. Günter Schmid
studied chemistry at the University of Munich. He received his diploma in 1962 and his Doctor's Degree in inorganic chemistry in 1965, both at the University of Munich. In 1966 he moved to the University of Marburg where he finished his habilitation on metal-boron compounds in 1969. In 1971 he got a professorship in Marburg. From 1975- 1976 he was Dean of the Chemistry Department in Marburg. In 1977 he followed the call on the chair for inorganic chemistry at the University of Essen, where he is still working. In Essen he was acting as a Dean of the Chemistry Department from 1987-1988. From 1988 until 1992 he was a member of the rectorate of the university where he was responsible for the research affairs. Professor Schmidt's scientific main interests include the synthesis and investigation of large transition metal clusters and colloids. The generation of three-, two- and one-dimensional arrangements of nanoparticles with respect to their use as quantum dots in future nanoelectronic devices is presently in the focus of his research activities. Professor Schmid published ca. 350 original papers. He acted as editor of two books on Nanosciences. He is a member of various editorial boards of international journals. In 2003 he received the highly ranked Wilhelm-Klemm Award from the German Chemical Society for his contributions on the field of Nanosciences.

Professor Dr. Ulrich Simon
studied chemistry at the University of Essen and obtained his diploma in 1990. 1992 dissertation on electronic quantum properties of ligand stabilized nanoparticles. 1999 habilitation on charge transport phenomena in nanoporous solids. 2000 Full Professor of inorganic chemistry and electrochemistry at the Aachen University of Technology (RWTH Aachen, Germany). 2002 Chairman of the interdisciplinary "Forum Life Sciences" of the RWTH Aachen. His awards include the Gottschalk-Diedrich-Baedecker prize in 1993 and the 1998 ADUC-Jahrespreis for habilitands.

The main interests of his current research are the synthesis, the characterization and the electrical properties of nanostructured materials. This includes aspects of molecular electronics, biomolecular diagnostics and combinatorial research on sensor materials.

Professor Dr. Viola Vogel
Professor in the Department of Materials heading the Laboratory for Biologically Oriented Materials at the ETH Zurich. After completing her graduate research at the Max-Planck Institute for Biophysical Chemistry, she received her Ph.D. in Physics at Frankfurt University ('87), followed by two years as postdoctoral fellow in the Department of Physics (UC Berkeley). She became an Assistant Professor in the Department of Bioengineering (University of Washington, Seattle) in 1991. She was the Founding Director of the UW Center of Nanotechnology ('97- '03) prior to her move to Switzerland in 2004. She served on the selection committee for the British Marshall Fund Fellowships ('93-'95) and as US Representative on the Council of Scientists of the Human Frontier Science Program ('03-'04). She was broadly involved in program and technology assessments for NIH and the US National Research Council (Reports: "NASA's Microgravity Research" & "Reshape the Education in Lifesciences"), served on a special PCAST panel that prepared the Clinton's "Presidential National Nanotechnology Initiative (NNI)" ('99), and chaired the US National Nanotech Initiative (NNI) Workshop on "Nanobiotechnology" ('03). She is a Fellow of the American Institute for Medical and Biological Engineering (AIMBE), a member of the Selection and Scheduling Committee for the Gordon Research Conferences (GRC), and serves on the Editorial Boards of several international journals. Awards include the Otto-Hahn Medal from the Max-Planck Society ('88), the FIRST Award from NIH ('93) and the Research Award from the Philip Morris Foundation ('05). Her key interests are in deciphering engineering principles of biological nanosystems for the development of new materials and technologies, from biological motor-driven nanoshuttles, to elucidating the mechanisms of shear-enhanced bacterial adhesion, to the role of mechanical forces in regulating cell and tissue function.

Dipl.-Chem. Daniel Wyrwa
studied chemistry at the University of Essen, 2001 diploma. Since 2002 PhD-student and co-worker in the group of Prof. Dr. G. Schmid at the Institute for Inorganic Chemistry in Essen and scientific assistant in the study group "miniaturization and material properties" of the Europäische Akademie GmbH. Working area of the PhD: Nano-structuring of metal surfaces for heterogeneous catalysis.